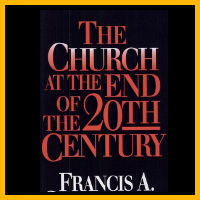 "Christians must realize that there is a difference between being a cobelligerent and an ally. At times we will seem to be saying exactly the same thing as those without a Christian base are saying. If there is social injustice, say there is social injustice. If we need order, say we need order. In these cases, and at these specific points, we would be cobelligerents. But we must not align ourselves as though we are in any camp built on a non-Christian base. We are an ally of no such camp."

~ Dr. Francis Schaeffer, The Church at the End of the 20th Century