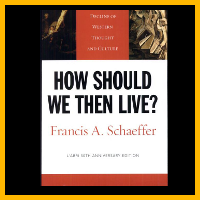 RETHINKING THE RISE OF SCIENCE:

"The rise of modern science did not conflict with what the Bible teaches; indeed, at a crucial point the Scientific Revolution rested upon what the Bible teaches. Both Alfred North Whitehead (1861–1947) and J. Robert Oppenheimer (1904–1967) have stressed that modern science was born out of the Christian world-view. Whitehead was a widely respected mathematician and philosopher, and Oppenheimer, after he became director of the Institute for Advanced Study at Princeton in 1947, wrote on a wide range of subjects related to science, in addition to writing in his own field on the structure of the atom and atomic energy. As far as I know, neither of the two men were Christians or claimed to be Christians; yet both were straightforward in acknowledging that modern science was born out of the Christian world-view."